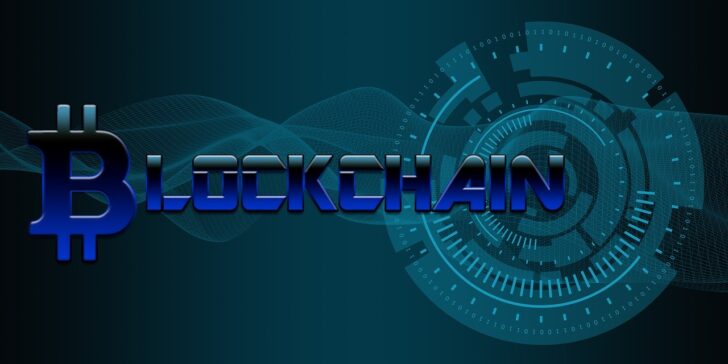 The idea for the technology was born back in 2008. But today, according to many experts, it is on the verge of a becoming a disruption. Blockchains will turn the world upside down in just a few years. What does this revolutionary invention promise? Why do they put the business models of entire industries at risk – and how can companies exploit the enormous potential for use and transformation of this new technology? Here is an analysis by our Deloitte experts.

If nerds, analysts and economists largely agree, the blockchain is an economic milestone with global effects: This new disruptive technology enables a global register that unambiguously assigns ownership and with the help of which values ​​can be transferred within seconds if necessary. And this cannot be manipulated, organized on a decentralized basis on millions of computers and without intermediate bodies such as states or banks.

The Internet of Values

In addition to the “Internet of Information” that already exists today, the blockchain is intended to create the “Internet of Values”. The consequences would not only be fundamental for the financial business, the idea of ​​a decentralized, unchangeable data register could turn the entire corporate landscape on its head – the effect would be comparable to the introduction of double entry bookkeeping over 500 years ago.

If software developers were more romantic in nature, blockchain would probably have a more lyrical name. Instead of “block row” rather something with “pearls” and “chain” because that is exactly the basic idea of ​​a blockchain.

Like small crystalline deposits, individual elements come together to form a self-contained structure – a block. Once this object has reached its intended size, the next is created – and is connected to the previous one. In this way, the individual blocks are gradually threaded into a tightly connected, precious chain.

In one point, however, the digital blockchain differs fundamentally from a pearl necklace: Each individual data record within a blockchain can be far more valuable than the real pearl in a chain. Even more valuable than all existing pearls and chains put together. One day, experts predict, the blockchain will even map all of the world’s assets.

From a purely technical point of view, the blockchain is a distributed transaction database. The special thing about it is its structure: it grows as one digital block is attached to the other. Each block therefore has exactly one chronological predecessor and one chronological successor.

There are no more connections between the blocks, but the connections with the previous and following blocks cannot be broken. This digital link creates a list that documents the values ​​of the asset as well as all the stored data records at all times. It is a global trade repository.

This turns the blockchain into a huge digital data set that is updated chronologically and transfer activities within a network of participants – in a cryptographic  seal and archived.

In contrast to conventional databases, the blockchain is not located on a single server. All participants in the network (so-called “nodes”) have a complete, 100 percent identical copy of the complete blockchain in their local memory .

Main Features of the Technology

An immutable trade repository is the central element of any blockchain.
All data records are stored in a decentralized database, which is kept redundant on a number of computers (nodes) in the network.
The trade repository is strictly additive – nothing can be changed or removed retrospectively. So the register grows as new records are added all the time.

Certain procedures ensure that only valid records are accepted and that the saved versions of the database are identical on all nodes.
Fully mature, the blockchain with these properties could represent a revolutionary advance for many corporate areas and industries in terms of security, authenticity, privacy and accessibility.

That’s why everyone wants the blockchain. For skeptical users of the Internet, the thought is almost inconceivable.  Nothing and nobody can harm this digitally documented trade, because even if the millionth chain link is added to one end of the digital chain, the first can still be identified as the beginning of the chain and preserved exactly as it was made. In short, the chain links, their connections and thus the entire chain are indestructible.

The blockchain is immutable. All successive processes are clear and verifiable documents with a time stamp. The blockchain data is identical for all nodes. This ensures the integrity of the stored data and makes hacker attacks on the entire network extremely difficult or, in fact, almost impossible.

Transfers take place almost in real time instead of hours or days. There are no ways to withhold property or sell it a second time.
Each value can be assigned to a participant without any doubt. Ambiguity about claims to values ​​is excluded.

Using cryptography, the technology guarantees verification and transparency, confidentiality and anonymity, as required.
All transactions between the participants take place without intermediaries such as banks, notaries or states. This renouncement of trust-building intermediaries and the resulting automation of business processes leads to time and cost savings.

As long as the network is strong and secure enough, the blockchain with these properties can solve a large number of trust requirements that burden business processes and interactions today. The advantages of the technology can thus be used for many financial and non-financial applications. The blockchain potential for disruption and cost reductions is enormous!

It All Started with Bitcoin

The best known (and first) application of a blockchain is the cryptocurrency, Bitcoin. A person or group with the pseudonym Satoshi Nakamoto had developed the software for it in 2008 under the impression of the failure of banks and governments during the financial crisis. The open source principle of the Bitcoin blockchain results from this skepticism towards institutional intermediaries. The new trade repository should no longer require a central authority and should be open to everyone.

According to the above criteria for a resilient blockchain, the digital Bitcoin currency also works.

The immutability of the blockchain ensures transaction security when trading Bitcoins. A Bitcoin can only be spent once. Since the technology is open to everyone, there are many nodes in the Bitcoin network. The massive redundancy ensures protection against data loss and excludes the possibility of manipulation by the operator of individual nodes.

In principle, the transaction data of the Bitcoin blockchain is public. The participants in a transaction only identify themselves using an account number (the so-called public key), which they save in their “wallet”, a digital key. Such procedure, which works without real names, is called a pseudonym. Only with their private key in the wallet can users prove that they own the bitcoins assigned to the account number. And only their private key allows them to transfer bitcoins, as it authorizes the transaction as a cryptographic key.

The Bitcoin blockchain (by the way, as well as Ethereum and other platforms derived from this technology) also enables application possibilities that go far beyond trading with a cryptocurrency. Since booking texts can be freely selected, any information can be written to the blockchain. And because these are stored there unalterably, for all time and with a time stamp, the blockchain fulfills important requirements for document retention requirements – a highly attractive area of ​​application for commercial companies.

How Companies Can Benefit from Blockchain

The transfer of values ​​can be mapped in the blockchain in such a way that there is complete agreement on both sides. Companies only have to mirror their internal accounting against the blockchain in order to fully record their transactions. The reconciliation of the accounts within the company and in relation to the outside world is no longer necessary, as the blockchain contains the only valid, complete truth about the transactions.

Business enterprises will therefore use blockchain technology in order to benefit from it in at least two areas.

You will implement the audit-proof archiving of certain documents in the blockchain as required by law. And they will store transactions between two companies together in the blockchain and then mirror them into their accounting system.

Blockchain technology is not yet mature enough for these applications. But our Deloitte experts are certain: it has the potential to do so!

The consequences would be serious: Since the reconciliation of accounts is either automated or becomes obsolete because the underlying transactions cannot be manipulated, traditional auditing activities are no longer necessary. On the other hand, higher-value activities, such as evaluation questions, will gain in importance.

Why Entire Industries Have To Re-think

The capabilities of the blockchain will impact numerous industries. In particular, sectors of the economy with many intermediaries, in which trust is essential, could soon be facing huge upheavals, as blockchain technology offers the possibility of keeping trade registers in a forgery-proof manner and without the effort of centralized bodies such as central banks, central registers, land registries and notaries.

Thus, any form of trade currently carried out by intermediaries can be migrated to a blockchain platform at dramatically lower transaction costs. The same applies to assets that can be clearly identified by a number: cars by their chassis number, diamonds by laser identification. Where there is no assignment to an identification number, in most cases this can be generated by physically connecting it to a microchip. Further possible uses arise in other areas such as healthcare and blockchain or taxes and blockchain .

Hello, I am Christ Marc, a young crypto enthusiast who has been in the market for a few years, I heard from bitcoin via a few friends and since then I became deeply interesred in this technology, now I am pursuing my studies with the incentive to master tomorrow's technology.