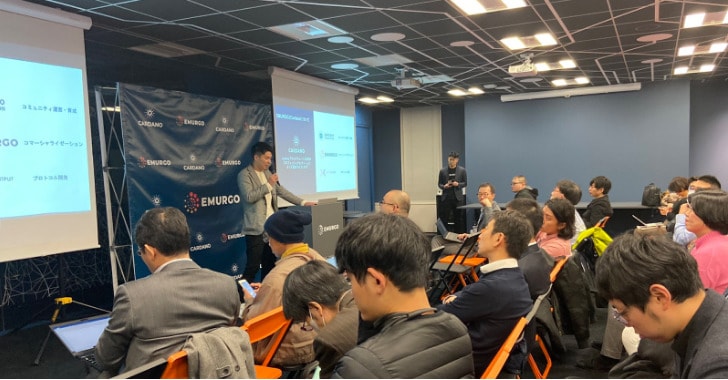 A recent meetup by the Emurgo team sought informational discourse on the state of blockchain in China and the direction the technology would likely take in 2020. According to a blog post seen on the team’s site, the essence of the meetup was to feel the pulse of participating stakeholders in view of the recent interest indicated by the Chinese government with respect to the technology.

Emurgo has strong interest in blockchain education in their quest to help developers build their skills as well as help enlighten the general public on the utilities of the technology especially with respect to building on Cardano.

The collaboration between the Japan-based TEAMZ and Emurgo shows the growing cooperation among Asian services in the distributed ledger technology sphere. The Group CEO of Emurgo, Ken Kodama highlighted the strategic objective of the gathering emphasizing the need for Cardano adoption. Emurgo with its strong presence in Asia is poised to be a driver of that adoption according to him.

The TEAMZ Business Development Director Mari Morizono gave a timeline of the expectation in the Chinese market regarding the growth of its blockchain sector premised on the policy shift of the government from objection to acceptance.

According to the report,

“The Chinese government has also stated an intention to explore and take steps towards implementing the issuance of China’s Central Bank Digital Currency for its own national interests which would give rise to the international status of its national currency, the Chinese yuan.”

EMURGO drives the adoption of #Cardano & adds value to #ADA holders. The platform advises and encourage projects that build on the Cardano platform.