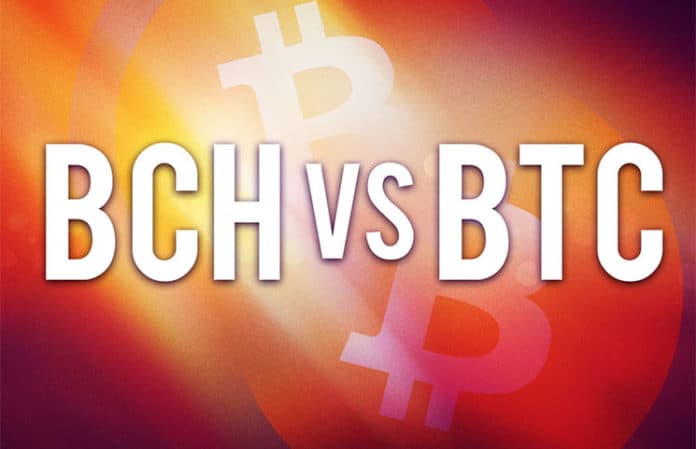 There have been a lot of arguments, concepts and misconceptions when the question of Bitcoin and Bitcoin Cash arises. This is with respect to which of these digital currencies that should be considered to meet the aspirations for which Bitcoin, the premier coin was created.

Recently, this argument once more came to fore when Roger Ver, the Bitcoin.com CEO and Charlie Lee, the Litecoin founder argued over the issue.

Lee stated that he had issues with BCH being named Bitcoin Cash. He was of the opinion that semantically, it is a recipe for confusion stating that,

Be that as it may, Bitcoin is the first digital currency invented by the enigmatic Satoshi Nakamoto who solved the issue of double spending through a brilliant innovation using cryptography.

However, in real life scenarios, Bitcoin was found not as effectual as Satoshi had envisioned. For instance, the block size of the Satoshi Bitcoin was just 1 MB. This has resulted in occasional congestion on the Bitcoin network. This has also had the effect of high cost of transaction far beyond the intention of Satoshi who wanted to create electronic currency that is cheap to transmit and fast to deliver.

These are some of the reasons some in the Bitcoin community decided to create another version of Bitcoin which they called Bitcoin Cash. However, despite having some of the attributes that Satoshi envisioned has not made the two communities live in amity.

Bitcoin Cash Enthusiasts usually promote it as the ‘true Bitcoin’ to the chagrin of the supporters of the Satoshi Bitcoin. This is some of the issues Lee was talking about in the recent argument with Roger Ver who is a Bitcoin Cash adopter.

The rivalry between the two communities has come a long was. In fact, with the fork of Bitcoin Cash last August, it was obvious that like all hard forks, there was bound to be contention.

Interestingly, Nakamoto Satoshi, the Bitcoin inventor seemed to have not envisaged the time when the demand for Bitcoin would necessitate an increase in block size or he may have felt that everything about Bitcoin progress would be resolved through consensus, something that the community could not reach a compromise on years after Satoshi moved away from the scene.

At the Onset of the fork, there were suggestions that Bitcoin Cash be named BCash to keep its distinctiveness from Bitcoin obvious. Responding to this, Roger Ver who is among the foremost advocates of Bitcoin Cash said,

Granted, BCH may have developed a coin that conformed to most of the visions of Satoshi, but even the coin cannot literally be said to be the Satoshi coin, something that only Bitcoin is. This is even more so because there have since been developed other coins that were built using the Bitcoin code base. They are cannot supplant the name and originality that is the Satoshi Bitcoin.