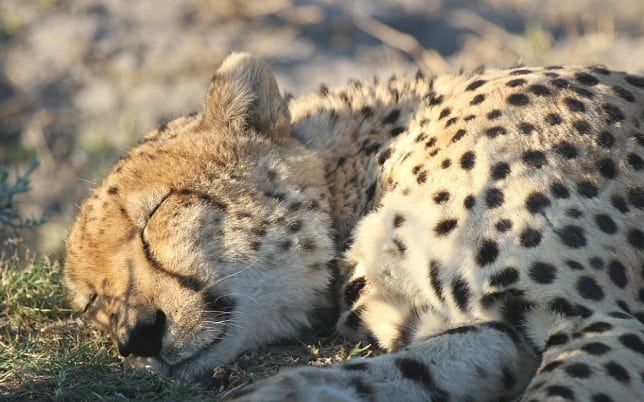 If you need honest work these days, there are a lot of things that you can do. Likewise, if you’re criminally inclined, there seems to be no limits to what you can do, especially on the internet in a bid to deceive others and steal their money as we shall see with RealCapitalTrades.

Setting up a fanciful website and adding content to it takes some knowhow. This is not lacking among fraudsters and some simply clone or copy what other fraudsters do in a craft that is increasingly marring the crypto space.

Fraudsters understand that with the use of digital currencies, they have increased anonymity, something that a bank account would not readily bestow on them. Nevertheless, every experienced user of cryptocurrencies such as Bitcoin understand that these virtual assets are not as anonymous as many presume that they are.

This site is like many others that claim that they have discovered a smart way of making profits with cryptocurrencies. However, as we know, they are not contented with making all the money for themselves but would love to share it with you.

But there is a clause. You have to make some deposit of course. They have investment plans which you should buy and the money starts rolling in for you. The company claims to be a ‘significant player’ in the crypto space.

It further claims that since 2018, it has been working on developing some special algorithms that makes it beat the system and make money. So why not join them and get a cut?

Among the many activities making them money include Bitcoin trading and managing the funds of their clients with it. They also claim to have a private cryprocurrency exchange, whatever that means.

They are very smart in using confusing terms because their aim is to deceive the visitors to the site and convince them that they would make money by buying an investment plan.

Blockchain based companies and projects routinely use roadmaps to represent the progress made by the company and the projected phases of the project. This became rather popular in 2017 when ICOs trended. This no doubt is the reason scam investment sites mostly use roadmaps.

A look at the roadmap presented by RealCapitalTrades shows that it is a figment of the imagination of the owner of the site. For instance, the site claims that in January 2018, the company ‘develop projects [sic], search and participate in ideas’.

So they have no idea of their own but still in search of idea, yet they expect people to invest with their idealess company.

It also claims that in June 2018 that it purchased mining machines and started mining Bitcoins. Interestingly, mining of Bitcoin was not listed among the activities of the supposed company.

In July which is a month later, it claimed to have launched the beta version of its cryptocurrency exchange which by the way, it claimed was private.

Anyone conversant with crypto projects would tell you that such milestones are not achievable within such a short period of time. The owner of this site is not targeting experienced investors in the crypto space.

They are aware that you wouldn’t know these if you’re not well informed or research before investing your money.

Scam investment site owners depend on the fact that many inexperienced investors do not carry out research on the site and the proposals they are presented with. A background check would always reveal that a site is fraudulent as in the case of RealCapitalTrades.

On the About Page, the owner posted a US address where they claim that the company is located. The address is 531 Sierra St. Mentor,
OH 44060, USA, but the company profile search link and number they provided is that of Company House United Kingdom.

As if that was not enough flop, the company registration number they claim to be theirs, 4355218 belongs to another company, Thomas Enterprises Limited which was registered in 2002 and has registered address, 32 Pentremeurig Road, Carmarthen, Carmarthenshire, SA31 3ER.

Scam investment sites almost always use high and unrealistic profit promises to deceive people. They’re aware that most people would be tempted to part with their money if they have assurance that they would make more money.

There are several dubious investment offers on the site. For example, the basic plan promises 4 percent in 24 hours. That is 120 percent or more than doubling your money in one month.

You should never believe that anyone would double your funds for you for doing nothing. If such profitable business exists, the owner would never ask you to share in the profit, but would rather double and triple their own money until they become one of the richest people around.

Are There Genuine Investments?

This is the question that you may want to ask. The answer is that there are good sites that can help you grow your assets in a regulated and safe environment. This is the sort of site that you should invest with.

Our favorite would help you grow your fund through a copy trade strategy. You do not need any skills to accomplish this. First sign up, make a deposit of at least $200 and select from a list of experts professional traders. These are people that have proven record of successful trades. Use the copy trade option to get the same success as they do.

That sure beats losing your funds to a scam such as RealCapitalTrades. What is your impression about this review? Please let us know through the comment box below.